*This article uses masculine pronouns to allow for a shorter read. Ladies, if you recognize one of your colleagues/friends, don’t hesitate to share it with them anyway! And if you recognize yourself… just keep it on the down low.

Quarantined for the past few weeks, The Happy One has been completely transformed: previously annoyed by each little customer inquiry, he’s now impatient to welcome the clientele back to the hotel, even if it’s just to listen to their complaints. He can’t stand still, a smile glued to his face, and if it were up to him, he’d go out on the sidewalk to ask people directly if they’d like to spend the night in his hotel. You never know what you have until you’ve lost it - that’s his new motto, and he took advantage of quarantine to rediscover his true, undeniable passion for customer service. All you can do is stay by his side and hope that his new positive attitude is contagious… but only his attitude, obviously.

Five bottles of disinfectant. Three extra face masks. A measuring tape in case social distancing isn’t clear enough. The Hypochondriac refuses to touch the reception desk, and he wears a mask, glasses, a visor, and stands behind a sneeze guard. He has a bunch of alarms set up on his phone - a reminder to wash his hands, a reminder to clean the counter, a reminder to hold his breath and make sure his lungs are still functioning properly. We can’t blame him; better safe than sorry, right? Just make sure you don’t ever, ever sneeze when you’re in the same room as him…

It’s pretty simple: The Parent has toddlers at home, a messy house, and a growing desire to talk to someone who knows what colors are and can recite the alphabet. Sick of being stuck at home, he shows up half an hour early for his shift and jumps at the chance to help customers who walk through the door. Finally, someone above the age of three! He can’t listen to Frozen 2 for a second longer, and he’s singing along to Aladdin in his sleep by now… Enough is enough! Oh but wait, he’s got this really cute picture of his daughter on his phone that he really wants to show you…

The Distracted isn’t mean. He’s not a bad person, or a conspirationist. It’s just that he keeps forgetting Covid-19 is a thing, really, even if it’s already been a week since he’s come back to work. His mask is under his chin, and he’s biting his thumb while he walks up to customers, who have to back up into a wall to keep their distance. He has no clue what “two meters” imply, and always goes for the handshake, and… dear lord, someone get him off the floor now.

There is a very short list of things that don’t annoy The Grinch. He just hates it here. Every time a customer checks in, he rolls his eyes and mumbles things like “Shouldn’t this guy be wearing a mask?” or “People are supposed to be home, why are these so many people in here?”. If it were up to him, he would’ve stayed home for a couple more weeks. Not because he’s scared of the virus… just because people are dumb, and he didn’t feel like encountering any of them. He was so happy, alone at home, away from traffic, responsibilities, and Karen who thinks her pillows is way too hard to sleep on... 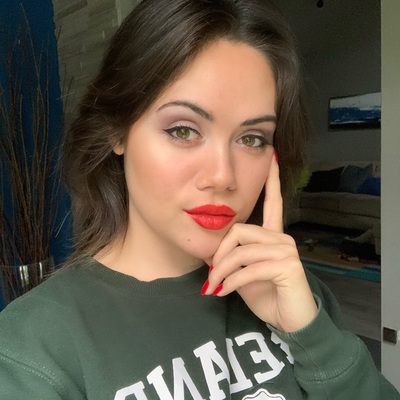 Laurie Dumas-Ruel is the web editor for Hotelleriejobs as well as a fiction writer in her free time. She's worked in food service alongside tourists for years and loves to explore the different ways in which human resources and the food service, hotel and tourism industries intertwine.

Also read on the blog...